The Scheme Need for the Scheme

One of the reasons for the Goldfields Water Supply Scheme was the need for water in mining operations. Sir John Forrest was concerned mines could not operate to their full potential due to the lack of suitable water.

With few exceptions, in other parts of Australia gold was discovered where there was sufficient water for processing. On the Eastern Goldfields ‘dryblowing’ rather than panning for gold was the norm. And once alluvial gold ran out there was a need for water to process crushed ore. 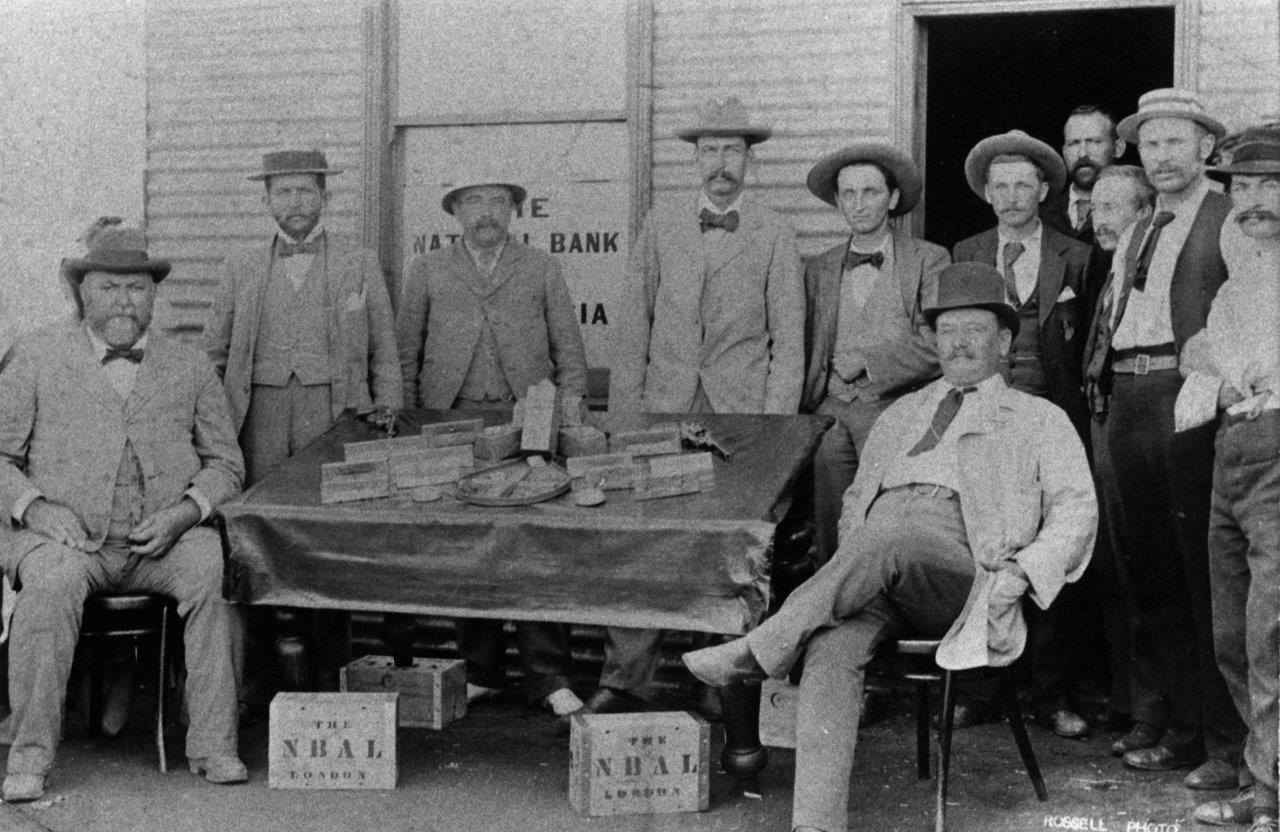 The problem of how the shortage of water impacted on the extraction of gold goes back to the start of discoveries on what became the Eastern Goldfields. In her biography of her father, William Ford, co-discoverer of the gold at what was to become Coolgardie, Alice Kathleen Clemenson writes that he waited for rain before venturing east of Southern Cross to look for the rich deposits he suspected were there. She quotes her father as telling Arthur Bayley:

“I know the big gold lies out east, but little rain has fallen and we must wait” so after in the first quarter of 1892 having a look at Speakman and Ryan’s find (Golden Valley) they returned to Southern Cross:.

In June 1893 there was heavy rain and, yes! there go the birds – flying east. As so with them go Bayley and Ford with ten packhorses and enough determination to keep them going until they reached the Pacific Ocean if necessary.

The second verse of Dryblower (Edwin Greenslade) Murphy’s poem Waiting for Rain that appeared in The Coolgardie Miner in May 1894 encapsulates the situation. Water, or rather the lack of it, held prospectors hostage. They were unable to venture in search of gold until winter rains.

Waiting for rain, that natural key
Which opens the door to the faraway gold,
When the dams will be full and water be free,
Which now, to our sorrow, is niggardly sold.
The “ships of the desert” in sinuous line,
Will mingle their roar with the pack-horse’s neigh,
And the “mineral student” employed in the mine
Will pluckily shoulder his swag and away.
But the sun shines as ever, our hopes are in vain,
And the time slowly drags while “Waiting for rain”.
by ‘Dryblower’ Edwin Greenslade Murphy

Water shortages also stopped traffic on the road e.g. in February 1894 Coolgardie’s Warden Finnerty ordered only one team should travel every 24 hours because wells and soaks were running dry.  By March the road to the goldfields was closed to team which meant the cost of provisions skyrocketed.

As Whittington writes, CY O’Connor was correct. “In a few months another summer’s fears over water supplies returned to haunt the prospector and hinder mining development.” In this extract from a letter to his wife a mining engineer refers to two issues: converting saltwater from the mine to freshwater – an expensive process – and the non-delivery of equipment because the railway line is ‘blocked’ meaning trains bringing water have priority, this being the time of the Woolgangie Crisis.

We have had no rain yet and the dryness of things is immense ‑ there is quite a water famine out at Kintore and the water goes away red hot from the stills as fast as we can possibly supply it. I am anxiously waiting the arrival of material to enable me to increase my plant but there’s such a block on the line that things are unprocurable.  Sunday 8th March 1896 William de Mole