Like the pumps used in the Goldfields Water Supply Scheme, the boilers were supplied, erected and commissioned by James Simpson and Co of London who signed a contract to that effect on 9 March 1900. One boiler was supplied for each engine, making 20 required.

The steam ends of the engines were all the same so that all 20 boilers and accessories could be made standard to save costs and reduce the number of spare parts required.

Charles Palmer succeeded CY O’Connor as Engineer and delivered a paper on the Coolgardie Water Supply Scheme to the Institution of Engineers in 1905 in which he included information on the Babcock and Wilcox boiler as having eighty-one tubes ‘18 feet long and 4 inches in diameter, a single drum 23 feet 7 inches long and 4 feet in diameter, with a superheater placed between water-tubes and drum’.

At each pumping station, in addition to the two or three boilers, a Webster Feed Water Heater and a Green’s Economizer were installed in the boiler house to improve efficiency. Steam exhausted by the engines went first into the Feed Water Heater and then into the Green’s Economizer. Not only steam used in the cylinders to drive the piston back and forth, but also steam used to insulate the jacketed cylinders. The suppliers described the benefits in a pamphlet they published about the scheme in 1904:

An ingenious arrangement for using the jacket steam has been carried out. As the steam passes from the jackets it is taken and used to drive the feed pumps, which are of the usual Worthington boiler pressure type. These feed pumps exhaust into the ‘Webster’ Feed Water Heater. By these means the feed water is sent forward from the ‘Webster’ Feed Water Heater to the ‘Green’s’ economizer at a very high temperature. 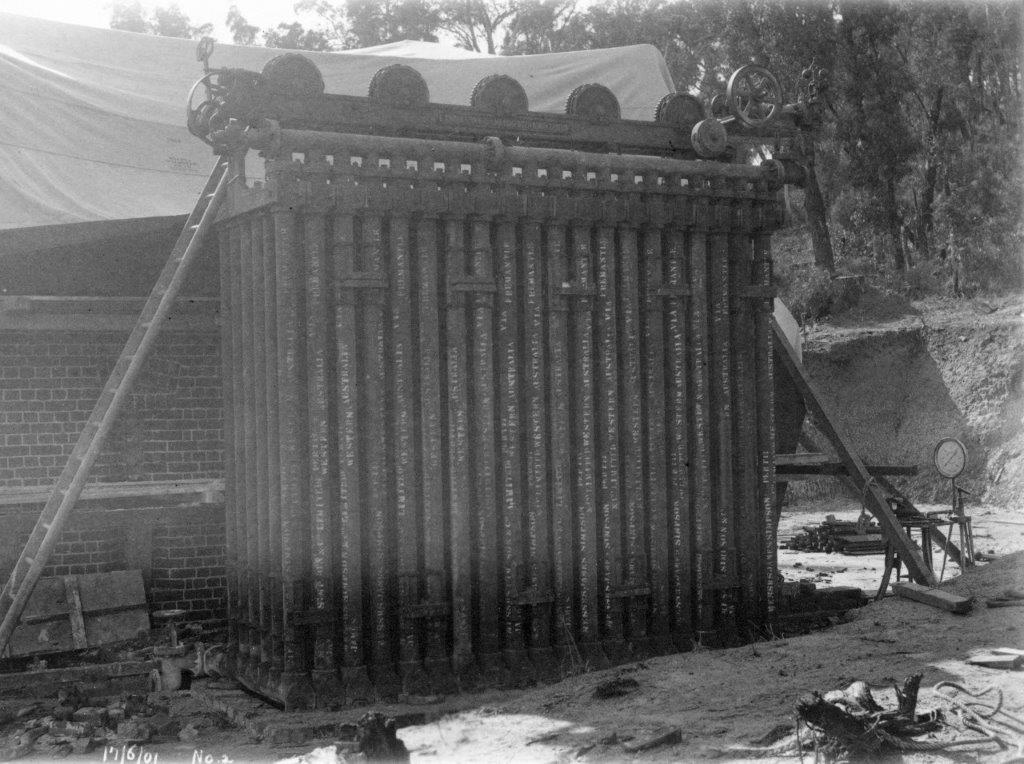