Three generations of pump station can be seen at this one spot. The original steam powered pump station, constructed at the turn of the last century, is still an imposing landmark although it has not been used for more than 50 years.

Adjacent to it is the electric pump station which replaced it in the late 1950s while only slightly further away is the latest station constructed at the turn of another century, in 2001.

No 4 Pump Station at Merredin was completed in April 1902. It was the last in line of the larger pump stations housing three pumps and boilers. Standardisation was a guiding principle in designing the machinery for the pumping station, so that parts would be interchangeable. But the same cannot be said of the pumping stations that housed the machinery – each was a little different. As an example, unlike all other pump stations, No 4 had a circular, rather than rectangular receiving tank which held 4.5 million litres of water. 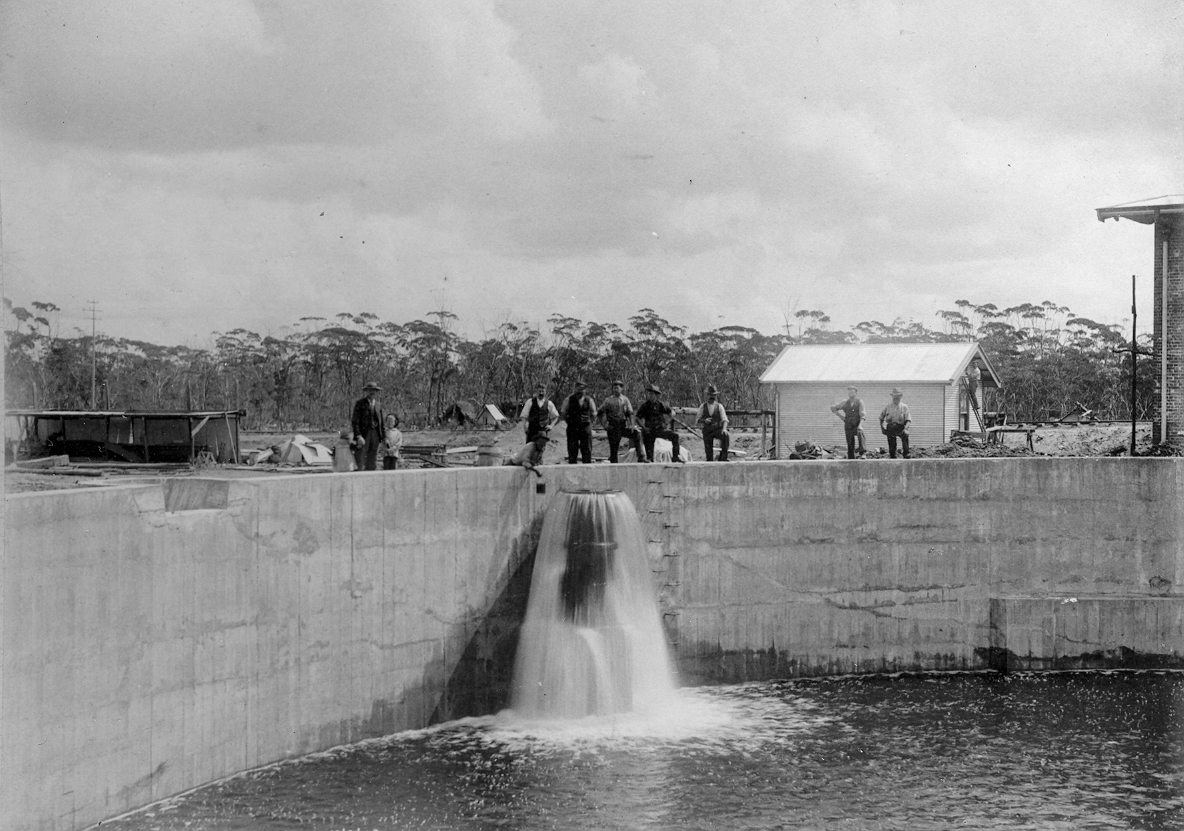 A small community rapidly developed around the station. To the east of the pump station were three engineers’ houses, a duplex and barracks for single men. This later grew to a total of eight houses. A school was located halfway between the pump station and the town, catering for students from both places.

In the 1950s the larger “three pump” stations, including No 4, were replaced by electric pump stations. A number of houses were demolished at this time to accommodate the new alignment of the pipeline. They were replaced on the other side of the main domestic road. The original pump station building was given to the local council who sold the contents for scrap. The steel chimney was removed in 1964.

In 2001 the third generation pump station was constructed at a cost of $7.5 million. As running the pump stations became more automated and road transport became easier, there was little need for people to live on-site and consequently the houses which once formed a thriving community have disappeared.